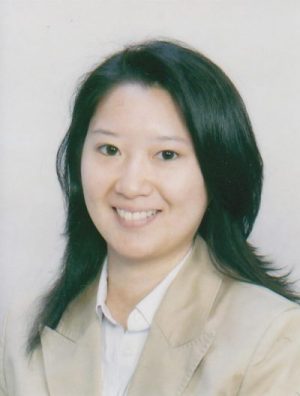 Contemporary societies are increasingly characterized by the ‘diversification of diversity’ or: superdiversity (Vertovec, 2007), particularly in the urban contexts, where global flows of capital, goods and people are concentrated (Sassen, 2001; Castles et al., 2009). Although this connection between the global phenomenon of transnational migration and the local socio-spatial impacts on the cities appears evident, empirical research on the “relationship of migrants and cities” (Çağlar and Glick-Schiller 2011) remains underexplored. At the same time, Japan with its supposedly homogenous society appears to have finally caught up with the diversity turn, too, with its government’s recent historical opening of the country to low-skilled labor migration as well as measures to accommodate the mega-event Olympic Games in 2020 aiming at re-/attracting tourism and global players back. The Tokyo metropolitan region is indeed experiencing a new socio-spatial diversification process these days.

In this presentation, I will illustrate how and where different transnational spaces are produced and spread beyond commonly known ethnic towns in Tokyo. It also discusses the crucial role of different economic actors in this urban diversification process: global economy and migration policies as structural forces but also local intermediary actors, which manage and channel the flows of transnational migrants into specific city spaces. It gives new insights into the socio-spatial diversification dynamics a long-neglected but highly topical Asian arrival city, and conceptually reflects such localized superdiversification of urban spaces on a global scale.

Dr. Sakura Yamamura is postdoctoral researcher in the Department for Socio-Cultural Diversity at the Max Planck Institute for the Study of Religious and Ethnic Diversity in Göttingen, Germany. With expertise in migration studies, urban and economic geography, her work focuses on the spatiality of social and economic activities in migrant-led diversification of society, particularly in cities, such as Tokyo, Frankfurt and Amsterdam. Applying both quantitative and qualitative methods, she works on the geographical localization and conceptual concretization of transnational spaces, shedding new light on social-spatial urban transformations induced by the interaction of different transnational actors. Sakura studied Geography, Sociology and Social/Cultural Anthropology at the University of Hamburg, Université de Paris 1 – Sorbonne and the University of California Berkeley. She previously worked for the Migration Research Group at the Hamburg Institute of International Economics (HWWI), in the International Migration Division of the OECD, and at the German Federal Office for Migration and Refugees (BAMF). She was Junior Visiting Fellow at the Maastricht Centre for Citizenship, Migration, and Development (MACIMIDE) at Maastricht University, and lectured at the Geography Departments of the University of Hamburg and Kiel. Her research results have been published by leading journals, such as Journal of Ethnic and Migration Studies, and as a monograph in Palgrave Macmillan, with contributions in seminal volumes, such as the Handbook on Superdiversity published by Oxford University Press.

The lecture will be conducted via Zoom. You are kindly requested to register with Zoom in advance.