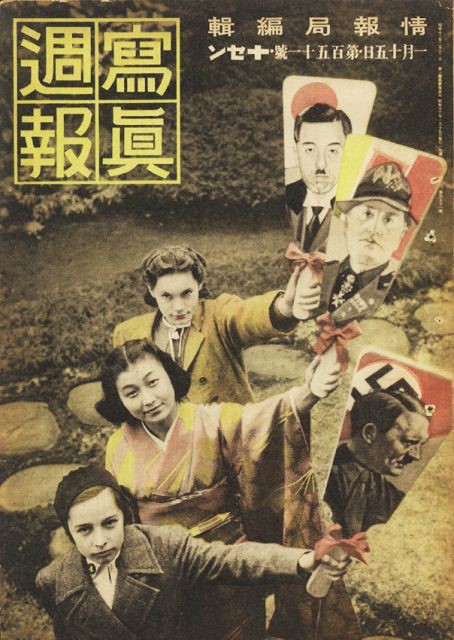 This book, which will be published in German by C.H. Beck later this year, deals with the Berlin-Rome-Tokyo Axis. It tells the story of how the three fascist powers converged and how, in trying to reorder the world, they plunged it into a war of unprecedented scale. The book proposes a double scope, as an interpretation and a synthesis: As the latter, it traces the three countries’ shared history from the end of the First to the end of the Second World War. Therefore, it focuses on eight global moments – the first in the spring of 1919, the last in the autumn of 1946. It offers a synthesis also because it gives equal consideration to all three powers and includes the perspectives of outsiders and opponents of the Axis.

The book proposes an interpretation by describing the alliance as a strong, momentous, and far-reaching project of fascist world ordering. The Axis was, so the thesis, the product of transnational cooperation and interaction, as the three regimes radicalized each other mutually. Therefore, the book emphasized the ideological foundation and shared world views of the three powers, thus directing attention to fascism as a global phenomenon of the interwar years.

The first part of this talk presents some of the book’s central theses and discusses its structure. The second part focuses on a single chapter: During the first global moment of fascism in late 1932, Mussolini tried to “universalize” the Italian variation of the phenomenon. Simultaneously, a series of crises – the Great Depression, the Japanese occupation of Manchuria, and the rise of the NSDAP – all contributed to the emergence of fascism on a global scale.

Daniel Hedinger is a global historian. His work focuses on East Asian and European history, mainly the shared history of those two regions from the late 19th century to the mid-20th century. He studied history and Japanese studies at the University of Zurich, in Paris (INALCO) and Kyoto (Dōshisha). Thereafter, he worked at Humboldt-University in Berlin and received a PhD from the University of Zurich (Im Wettstreit mit dem Westen. Japans Zeitalter der Ausstellungen). During the work on his second book project about the Axis alliance, he was a fellow at the FRIAS (University Freiburg), at Center for Advanced Studies (LMU) as well the DHI Rome and held visiting professorships at Free University, Humboldt-University, and LMU Munich. His current work focuses on global fascism, the Second World War, and the interwar years’ transimperial history. His more recent publications include “The Spectacle of Global Fascism: The Italian Blackshirt Mission to Japan’s Asian Empire” (Modern Asian Studies), “The Imperial Nexus: The Second World War and the Axis in Global Perspective” (Journal of Global History) and “Transimperial History – Connectivity, Cooperation, and Competition” (together with Nadin Heé, Journal of Modern European History).

The Colloquium lecture will be conducted via Zoom. You are kindly requested to register with Zoom in advance.