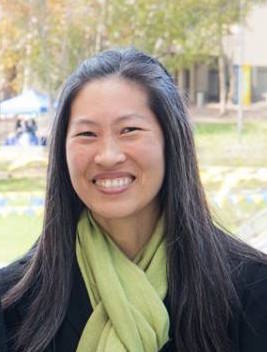 Jane H. Yamashiro is a sociologist whose comparative and transnational work on race and ethnicity, culture, globalization, migration, diaspora, and identity sits at the intersection of Asian American and Asian Studies. Previously based at USC’s Center for Japanese Religions and Culture and the UCLA Asian American Studies Center, she is currently a Research Scholar at Mills College. She holds a B.A. from the University of California at San Diego and M.A. and Ph.D. degrees from the University of Hawai‘i at Manoa. While conducting research in Japan, Dr. Yamashiro has been funded by the East-West Center and the Crown Prince Akihito Scholarship, and has been a visiting researcher at the University of Tokyo and Sophia University. She has taught at universities in the United States and in Japan, most recently at Mount Tamalpais College at San Quentin State Prison and Mills College in Oakland. Dr. Yamashiro’s academic research has been published in various academic journals and edited books. Her monograph, Redefining Japaneseness: Japanese Americans in the Ancestral Homeland (Rutgers University Press 2017), examines how Japanese Americans who were raised in the United States negotiate new discourses and assumptions about what it means to be “Japanese” as they live in Japan. Her current project explores what it means to be “Okinawan” on the U.S. continent – a place where “Okinawan” is typically subsumed into larger categories of “Japanese” and “Asian.” Previous research has looked at Okinawan experiences and ways of identifying in Hawai‘i, Okinawa, and Latin America. Dr. Yamashiro’s study focuses on how people of Okinawan heritage residing on the U.S. continent construct meaning for their ancestral connections to Okinawa and the shifting boundaries between being “Okinawan” and “Japanese.”

* “Uchinanchu” means “person from Okinawa” in an indigenous language.

The lecture will be conducted via Zoom. You are kindly requested to register with Zoom in advance.